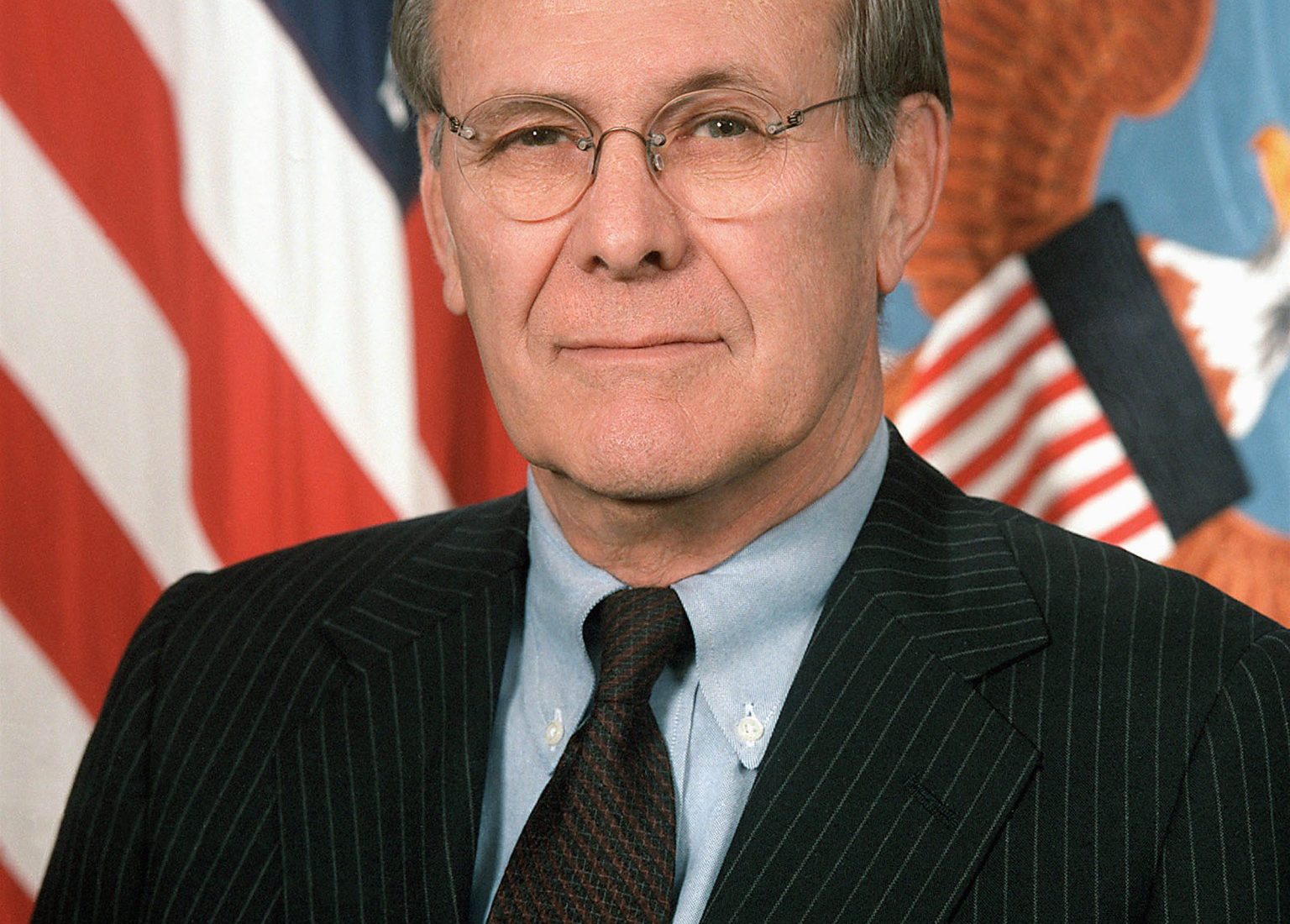 When the world changes rapidly, beware the ‘unknown unknowns’

I’m beginning this post with an apology for two reasons.

The first reason is that there are already too many people using war analogies as a way of talking about the Covid-19 crisis. But I think I’m probably going to do that a bit in this post. The second is that I’m invoking the most famous quote from former US Secretary of State for Defence and utterly ruthless operator Donald Rumsfeld, who is no hero of mine.

Nevertheless, his point, which seemed weird when he said it, but which has come to be seen as quite erudite ever since, was that in the chaos of impending war, the problem isn’t just that you don’t have the answers to all your questions, but that there is probably a raft of important things you don’t know about, that you haven’t even begun to imagine.

Clearly, Covid-19 has brought a wave of changes to our political, economic, cultural, social and emotional lives that we’d never have dreamt could come to pass. It’s brought them all together and it’s brought them in double quick time. We’re all familiar with them, so I won’t waste time by listing them here.

One noteworthy aspect of the changes is how the historic reference points have become increasingly…well, historic…as the sheer scale of the impact has become apparent. We began thinking that this could be as disruptive as a bad Brexit. Then, wait a minute, the economic damage could be bigger than the 2008 financial crash. Hang on, socially and economically, this is the biggest thing since World War 2! And finally, the ‘not known for being hysterical’ Bank of England saying this is the biggest economic shock for centuries.

So here we are, a month or two into the guts of this crisis with the new realisation that things aren’t going to go back to normal quickly, or perhaps at all. We now realise that we are likely to be living in a post-lockdown, pre-vaccine world for a year or two…which will be ‘unusual’ to say the least.

And that the one certainty we have is that the world we’ll move on to after that will be different in some ways, quite possibly in many ways. It’s true that some things might not change much at all. But many things might change in small, yet important ways. And some changes might be downright tectonic.

The point is that right now we are all faced with a fast and fundamentally changing situation that is very difficult to predict…as Donald said on the eve of the Gulf War, there are things we know we don’t know and there are probably many more things that we don’t even know we don’t know.

So, it was a bit concerning, to read through the detail in the IPA Bellwether report for Q1 2020 last week, which caught the first few weeks of the UK lockdown in March within its survey period. Of course, it recorded a negative expectation for marketing budgets, but the element that really stood was that market research spend is more than twice as likely to encounter budget cuts than many other areas of activity.

The feedback we have had from our clients and from fellow agencies in strategic research is that virtually all non-essential insight work has been stopped dead in its tracks. So those Q1 numbers are going to look dreadful for Q2. And whilst we have seen a few clients engaging in specific projects to understand what’s going on out there during the crisis, it’s surprisingly low level.

It’s possible that this is an emergency response to the onset of a crisis, as organisations choose to immediately cut all discretionary spend and focus on cash-flow to protect their business and the jobs that depend on them. Who could argue with that? It’s also possible that management just isn’t sure about what to do next given the shock they’ve been faced with. Again, completely understandable.

However, I’ve got to hope this changes soon…not just because those of us in the insight space need some work to do, but because I believe it’s absolutely vital for clients and agencies to actively engage with the people they market to and depend upon in this rapidly changing environment.

It looks like we’re going to be living with Covid-19 for maybe a year to two years. That’s too long for any brand to shut off marketing, innovation and brand communication. So, brands are going to need to understand how to market into a changing culture and an evolving set of needs, and be prepared to reassess their models, thinking and executional approaches in light of the new reality…a reality that they can’t second guess or make assumptions about.

It’s really urgent that we get back out there, exploring where the changes are happening, understanding the varying needs and attitudes, finding the opportunities and the pitfalls.

When Donald Rumsfeld highlighted his ‘known unknowns and unknown unknowns’ on the eve of the Gulf War the last thing on his mind was to ground the reconnaissance flights, shut down the CIA and turn off the satellite imagery. He needed to answer his known questions and identify the ones he hadn’t even predicted.

I think clients are in exactly the same position…and we need to get the intelligence gathering up and running again, and fast.

I’d love to know what you think and what your plans are. Feel free to drop me a line on roger@daviesmckerr.com